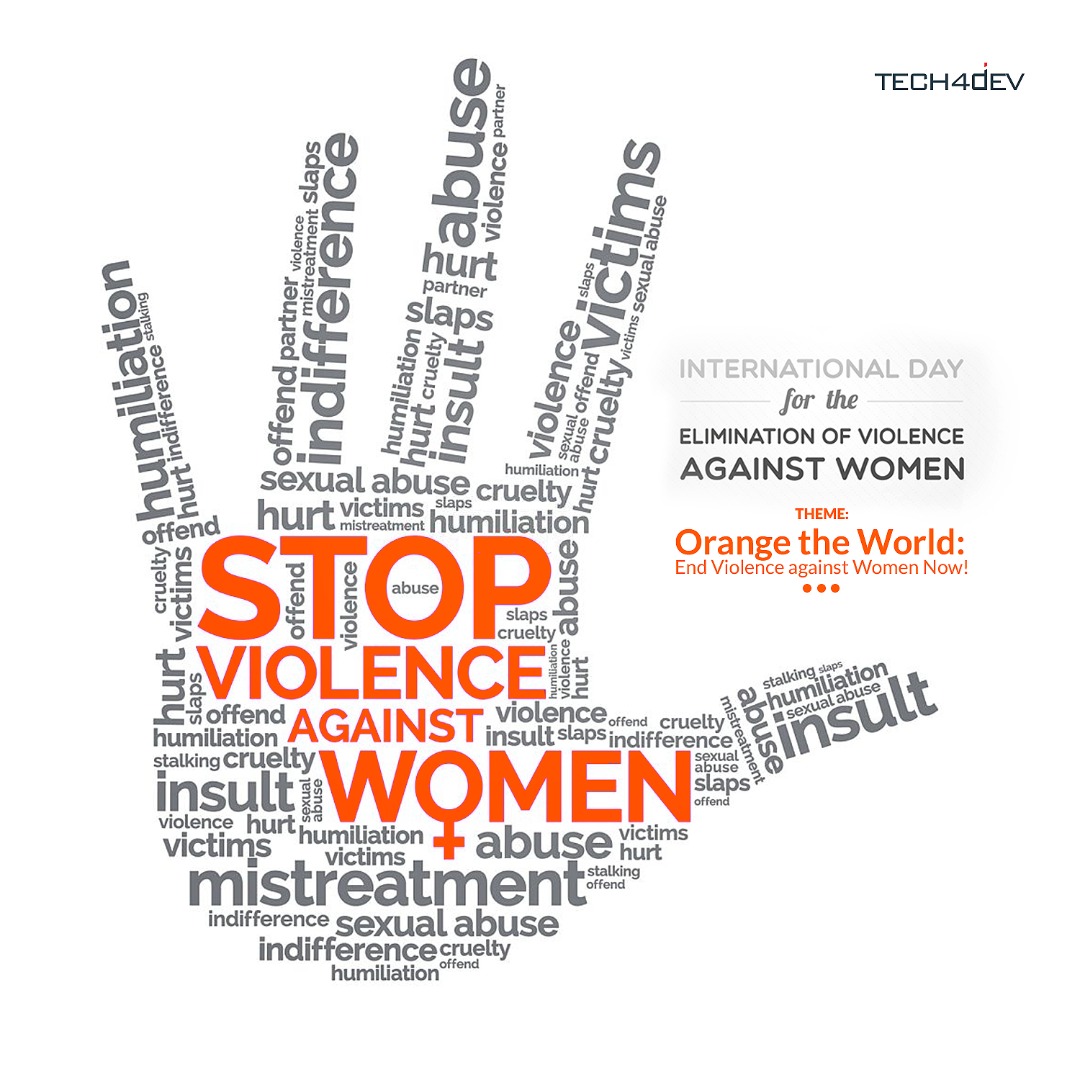 Violence against women (VAW), also known as gender-based violence, means any act done against the feminine gender that results in, or is likely to result in, physical, sexual, or psychological harm or suffering. Violence against Women has a very long, unpleasant history.

To effect real change in this regard, a day was set aside annually by the United Nations General Assembly to create awareness and proffer solutions. The day set aside as the International Day for the Elimination of Violence Against Women annually is November 25.

This year's theme for the International Day for the Elimination of Violence against Women is "Orange the World: Fund, Respond, Prevent, Collect!". Like previous years, this year's International Day will mark the launch of 16 days of activism. The Global 16 Days Campaign, launched by the Center for Women's Global Leadership (CWGL) at its first Women's Global Leadership Institute in 1991, has been used worldwide to call for the elimination of gender-based violence (GBV). It is run annually from November 25 (International Day Against Violence Against Women) to December 10 (International Human Rights Day).

The Global 16 Days Campaign marks its 30th anniversary this year, and the theme is “Orange the World: End Violence against Women Now!” Orange represents a brighter future free of violence against women and girls. Part of the campaign this year is to spotlight the nuisance that femicide is. Femicide is the killing of girls and women because of their gender. As with other gender-based violence acts, femicide is a crime against humanity, punishable by the law, and the perpetrators of this crime are not restricted to strangers. In fact, according to preliminary findings of an ongoing study by WHO and the London School of Hygiene and Tropical Medicine, statistics show that more than 35% of murders of women globally are reported to be committed by an intimate partner.

Various factors contribute to the prevalence of femicide. According to a study done by stop.vaw.org, some of these factors are discrimination, a culture of violence, impunity, and poverty, among other factors. Other possible reasons/factors are the absence of a trustworthy justice system, victim's fear of opening up, bullying, rejection of sexual advances, harmful/primitive cultural practices etc.

Gender-Based Violence incidences have significantly increased over the years. As countries implemented lockdown measures to stop the spread of the coronavirus, violence against women, especially domestic violence, intensified – in some countries, calls to helplines have increased five-fold.

Statistics obtained from UK police forces under freedom of information laws reveal that domestic violence support lines received at least one domestic abuse call every 30 seconds in the first seven weeks of lockdown during lockdown.

More statistics from ONS also show a massive increase in domestic violence support services calls during the pandemic. The police recorded 259,324 offenses flagged as domestic abuse-related in the period March to June 2020. These statistics represent a 7% increase from 242,413 in the same period in 2019 and an 18% increase from 218,968 in 2018.

The number of offenses flagged as domestic abuse-related increased each month from April to June 2020, with the most significant month-on-month increase (9%) between April and May 2020. The dangers of gender-based violence are real, and the effects are deadly, like Economic instability, disabilities, death, life-long trauma etc.

Therefore, the theme of this year, Orange the World: Fund, Respond, Prevent, Collect!, is a timely intervention, and it presents a solution on how we can all get involved in curbing the menace that Domestic violence is.